On the banks of the Red Cedar, There's a school that's known to all; Its specialty is winning, And those Spartans play good ball... 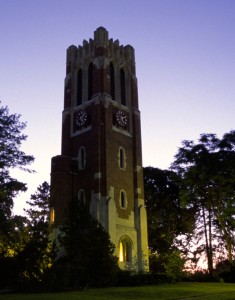 If these lyrics sound familiar, then you are definitely a Spartan fan. The fight song was written originally in 1915 when Michigan State University was called Michigan Agricultural College and its specialty was farming back in those days. Although the lyrics have been slightly modified over the years, the spirit remains the same. And on the spot of the original college building on the north side of campus Beaumont Tower rises and sings the praises of this school and the bells toll in rich tradition. In July, in the shadow of this iconic symbol, MSU holds a free weekly concert on Wednesday evenings and brings in carilloneurs from around the country and around the world to play the carillon in a time-honored fashion. So pack a picnic supper, bring a blanket or chair and revel in a bit of MSU history and tradition. If you stick around after the concert, you will have a chance to climb the 73 steep and narrow steps up the tower to the playing cabin. Its quite a treat. This year the 17th Annual Muelder Summer Carillon Series schedule is as follows and all concerts begin at 6 p.m. rain or shine: Wednesday, July 3: Stephan D. Burton, Eagle Mountain, Utah Wednesday, July 10: Philippe Beullens, Brussels, Belgium Wednesday, July 17: Julianne Vanden Wyngaard, GVSU and George Gregory, San Antonio, TX Wednesday, July 24: Laura Ellis, University of Florida Wednesday, July 31: Gijsbert Kok, The Hague, The Netherlands

MSU folklore states that if you kiss either in the shadow of the tower during the day, or at midnight in the Beaumont courtyard, it will prove that you are a "True Spartan." It is also said that a Spartan is destined to marry their sweetheart if they kiss under Beaumont Tower. 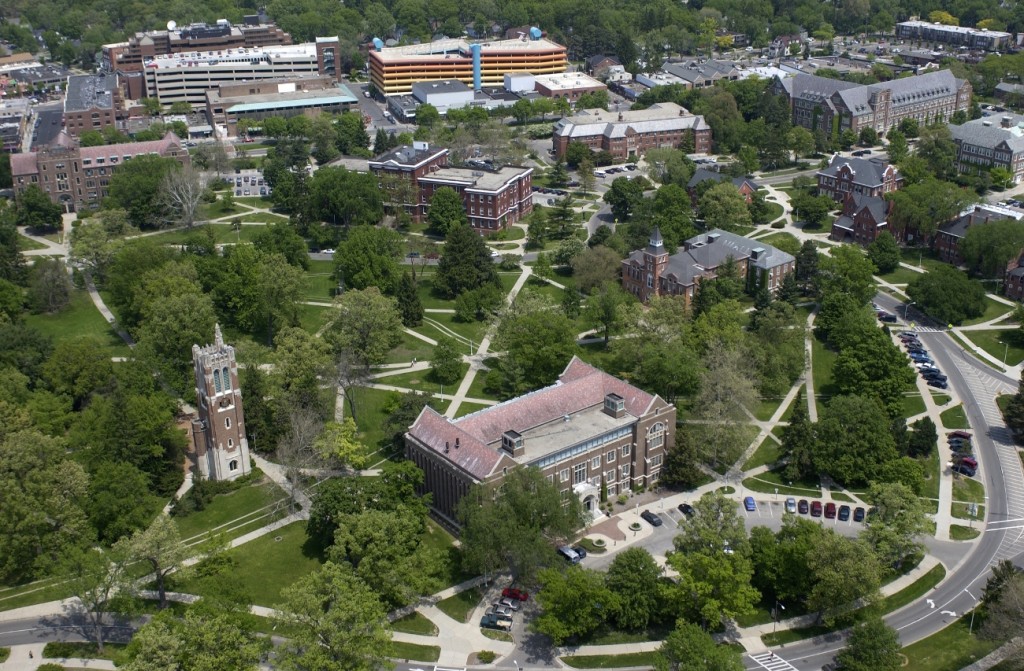 MSU Fight Song On the banks of the Red Cedar, There's a school that's known to all; Its specialty is winning, And those Spartans play good ball; Spartan teams are never beaten, All through the game they fight; Fight for the only colors: Green and White.