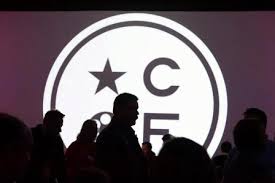 Now in its fourth year, the Capital City Film Festival arrives this week to my great delight. This four day event begins with a glitzy red carpet premiere party at Troppo on Thursday evening. From there, head to the Lansing Center for the opening night film Alive Inside followed by Girl and then stick around for the after party. Then get ready for three more days of music, forums, premiere screenings and film. Lots and lots of film. Shorts are always one of my favorites. And Ive got my eye on some local filmmakers. The schedule is jam-packed and diverse and I'm giddy with anticipation. Sunday is the Fortnight Film Contest showcase and film awards. Given 14 days, film teams were to make a film in which these elements are required: Required Spoken Word: Lansing or Michigan or both Required Shot: Silhouette shot Required Action: Door slam or close Required location: Bus stop or bus station Winners will be announced and $5,000 in cash prizes will be awarded. 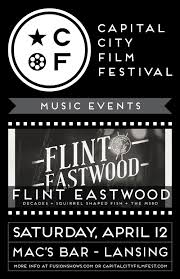 Want to experience it all? A four day pass to everything is $50. That includes parties, films, music-everything. Or you can pick and choose your films at $5 a clip. Best way to really do it all up? Get the all access pass by staying overnight!!! The Capital City Film Festival is excited to announce a new option. With a packed schedule each day of the festival theres no need to leave downtown. The deal is simple: Book a room at the Radisson in downtown Lansing for any night during CCFF, and get 2 all-access festival passes at no extra cost! But, this is a limited deal and first-come, first-served. Book your stay now! What: Capital City Film Festival When: Thursday, April 10 Sunday, April 13, 2014 Where: Various film venues in Lansing including the Lansing Center, Mustang Bar in Old Town, Lansing Community Colleges Dart Auditorium, Lansing Public Media Center on S. Washington Ave. Music venues include The Loft and Macs Bar. Cost: All Access Pass is $50, Single films are $5 each.