LANSING, Mich. - The Greater Lansing Convention and Visitors Bureau (GLCVB) held its annual meeting on March 6, 2014, and announced both good news for the local economy and recognized numerous individuals for helping to foster meetings and events within the Capital Region.

The GLCVB announced Mid-Michigan saw a 3.4% increase in 2013 area hotel occupancy, posting a rate of 57.9%, up from 55.8% in 2012, according to Smith Travel Research data. Additionally, the Greater Lansing area outpaced the State of Michigan (57.5%) in hotel occupancy for the first time since 2011 and posted its highest occupancy in over a decade. Altogether, group business generated by the GLCVB and Greater Lansing Sports Authority (GLSA) in 2013, generated over $15 million in local economic impact. 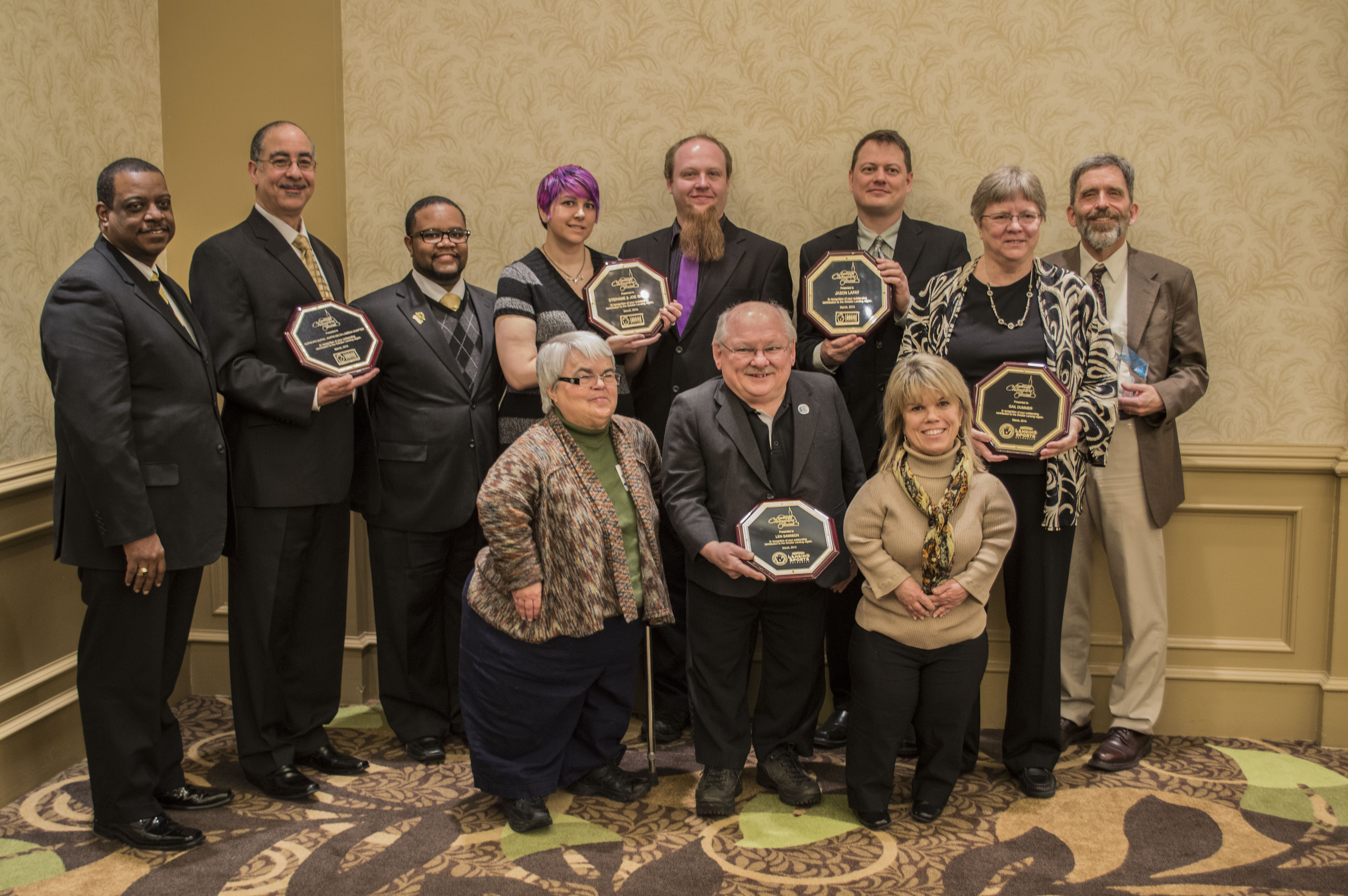 "We're pleased to announce we've had a successful year, our efforts have helped grow visitation to the region and positively affect the economy as well," said Jack Schripsema, President and CEO of the GLCVB. "We're also happy to announce the inaugural class of Greater Lansing Community Champions and awards for the GLSA Partner and Volunteer of the Year."

The Community Champion program was created to recognize local residents for helping to secure, or advocate for, group business in the Greater Lansing area. Those recognized as 2014 Community Champions are; Jason Lafay with DeWitt Community Schools, Stephanie and Joe Shall with Shuto Con, Lloyd Bingman, Glen Sanders and Ernie Cabule with Alpha Phi Alpha, Kappa Delta Lambda Chapter, Bil Moore and Sarah Slamer with the National Institute for Trauma & Loss in Children and lastly, Len Sawisch, Gail Dummer and Amy Andrews with the 2013 World Dwarf Games.

The GLSA was proud to recognize The Lansing Skating Club as Partner of the Year and Richard (Dick) Miles with the Capital City River Run as Volunteer of the Year. **Please see addendum document for individual detailed bios of the award winners.**

The mission of the Greater Lansing Convention & Visitors Bureau is to positively impact the area's economy by marketing the region as a travel destination.

As an educator in the DeWitt Schools, Jason Lafay participates with his students each year at the Michigan Energy Fair. When Jason became a Certified Tourism Ambassador for the community in 2012, he learned more about how the GLCVB brings conventions and events to town and he immediately encouraged the GLCVB staff to bring the Michigan Energy Fair to the Lansing region. He provided the background information and the proper contacts and the CVB staff took it from there. Thanks to Jason's involvement, the Michigan Energy Fair will take place at the Ingham County Fairgrounds in June this year and bring over 6,000 people to our community.

Stefanie and Joe Shall - Shuto Con

Shuto Con is Lansing's Annual Anime Convention and its name literally means "Capital City Convention".  Stefanie and Joe Shall started the event in 2011 with an attendance of 1,350. Last year's event drew over 4,000 people and even more are expected at this year's event taking place April 4-6 at the Lansing Center. Due to the popularity of the event, Stefanie and Joe have expanded the number of days of the convention, added overflow hotels and created a charitable component to the event through the Capital Area Humane Society.  Thanks to Stefanie and Joe Shall for creating and sustaining a convention that has become a signature community event.

The Kappa Delta Lambda Chapter of Alpha Phi Alpha, represented by Lloyd Bingman, Glen Sanders and Ernie Cabule, serves the Lansing community through school adoption, community empowerment, book drives, mentoring, volunteering, and awarding scholarships. In November, 2013, the chapter took on the task of welcoming the chapters from around the state of Michigan to the organization's District Conference held at the Kellogg Center.

The National Institute for Trauma and Loss in Children was founded in 1990 and provides services to traumatized children and their families. The organization gives school professionals, crisis intervention teams, medical and mental health professionals and childcare professionals training to help children, parents and families recover from traumas. Bil Moore called the GLCVB in December with the idea of moving their Childhood Trauma Practitioner's Conference to Lansing this July. Sarah Slamer with TLC then worked with the sales team and the local meeting facilities and the event was confirmed in Lansing a month later. Bil and Sarah were committed to enhancing the event for their attendees by moving to a larger and more convenient location right in their hometown.

The World Dwarf Games were developed and launched on the campus on Michigan State University in 1983 and are held every four years in locations around the globe. The Games have become the largest sporting event exclusively for athletes with dwarfism in the world. Thirty years later, the originators of the Games thought the timing was right for mid-Michigan to host the Games again and return the event to its birthplace. Dr. Len Sawisch, Gail Dummer and Amy Andrews worked with the Greater Lansing Sports Authority to bid and then to host the Games here August 3-10, 2013. The event received extensive publicity and hosted 395 athletes from 17 nations.

The Lansing Skating Club - GLSA Partner of the Year

The Lansing Skating Club (LSC) is one of the oldest, continually active clubs associated with U.S. Figure Skating. The all volunteer, non-profit organization was formed in 1947. While the main focus of the organization is to promote all disciplines of figure skating and the development of skaters of every age and skill level, they also have the ability to host fantastic events. While the GLSA and LSC have long partnered on various events, recently the size and level of those events has grown. Since 2010 the LSC has served as host to three major skating events and their annual Howard E. Van Camp Memorial Competition. In 2013 the LSC hosted the Midwestern Sectional Championships, the last stop before the National Championships and the Sochi Olympics.

Richard (Dick) Miles has been and continues to be a main driving force behind the success and growth of the Capital City River Run. Dick played a critical role in creating the race in 1993 and has served as Race Director since 1996. During his time as Race Director, Dick has grown the event from a fun running event on the Lansing River Trail, in to a race series that includes children's races, a 5k, a half-marathon and in 2013 a decision was made to incorporate a marathon in to the future series of races. This race series attracts well over 3,000 participants from across the Midwest and Canada, and now serves as one of the largest fundraisers for Impression 5 Science Center.